Tiger leaping gorge is a canyon on the Jinsha River, not far from Lijiang city, at Yunnan province, China. It’s name comes from a legend about a hunted tiger that escaped its hunters by leaping across the narrowest part of the canyon, about 25 meters wide, using the rock in the middle.

After a 2 hours drive from Lijiang, we reached the beginning of the trail at a small town of Qiaotao, at about 10:00. The Jinsha river flowed between the mountains, and we could clearly see the urbanization that China is going through.

A day before, a Chinese guide warned us about the 29 bends. 29 bends is a part of the trail, which gains quite a serious elevation in a very short distance. I was prepared mentally for this. I was ready for this climb. Nothing would beat me.

The elevation gain started immediately at the trailhead. In the next 3 hours, we went from the height of 1,800 m, to the height of 2,325 meters – over 500 meters of elevation. This was a tiresome experience, and I kept looking for the 28 bends, but just didn’t find them.

All the sudden, in the distance, we saw our first resting point – the Naxi guesthouse. Naxi (pronounced nah-shee) are one of the 55 minor ethnic groups that make the modern China. We were welcomed by a group of people, and ordered some rice with chicken.

After a short break, we continued our climb. As we left Naxi house, some more tourists left with us, and immediately Naxi people followed us with donkeys. I didn’t understand why they follow us, and just assumed they need to get somewhere else. Little did I know, is that in the next 3-4 hours I will witness an amazing business model, with clear demand and supply.

Naxi GH is located at the height of 2,150 meters, and the ascent was even steeper than before! In fact, in the next hour an a half, we gained another 300 meters, and the end was nowhere to be seen.

The Chinese walked at our pace, and stopped whenever we stopped. It’s only when one of them offered us to ride the donkeys for a ridiculous fee, I realized that this is how they make a decent additional income. The demand is there – the ascend is very challenging, so they just made sure the supply in the form of donkeys is in a very short and tempting distance.

This is when I made the decision, that no matter what, I will not ride these donkeys. Where is the challenge in riding my way all the way up, right?

So we went up and up, and soon enough encountered a ruined house, with graffiti on it: “Gain energy to tackle the 28 bends!”

As you can see from the picture, this was a truly WTF moment. After 5-6 hours of climbing, only now we begin with the dreaded 28 bends?

What really helped is that now I knew that I only need to count towards the last bend. Bend after bend, the trail headed up and up and up. After yet another ~300 meters of elevation gain, we reached the highest point of the trek, and began the descent to Tea-Horse GH.

We stopped a lot, just to look at the view ahead of us. The color of the mountains ranges from lush green to black and white, with seemingly impassable terrain. I will remember these views forever.

Later that day, we arrived to Tea-Horse GH, took a shower and collapsed.

The next day was actually just half a day. We hit the trail early in the morning, when it still rained. The trail is generally safe, but there are some places where a few wrong steps may end up in a long free fall towards certain death.

After 5 hours of slow walk, we arrived at Tina’s guesthouse. It was packed with people finishing the trek. We ordered an overpriced lunch, and took a bus back to Lijiang.

Tiger Leaping Gorge is a beautiful short trek, but the initial climb is not to be taken lightly – it is quite challenging. If you walk slowly and stop to enjoy the views, you are guaranteed a great lifetime experience.

Interested to hear more about hiking and parenting? Join me on the trail. 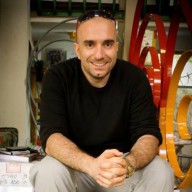